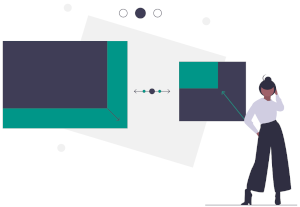 Occasionally I need to attach my laptop to a large monitor, via HDMI, to present to a technical team. This article covers how to use the xrandr command on Linux to change the default monitor and set resolutions.

You can then list the attached monitors by running the following command:

Sending output to a new monitor & define a resolution

Turning off your laptops display

Once you have the video signal going to your newly plugged in monitor, you might choose to switch off the display on your laptop. You can do this by passing the device name to the output command line option. In this example, LVDS-1 is the device name of my laptops monitor.